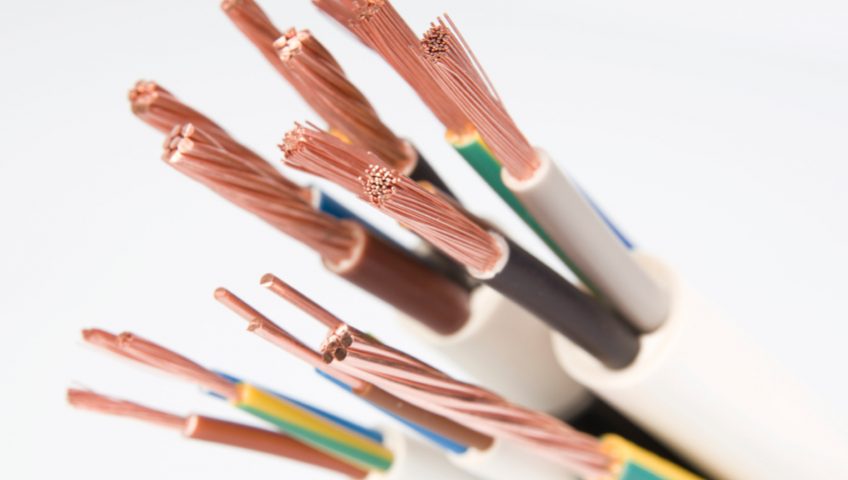 Did you recently buy a property that is need of renovations or do you suspect the electrics in your existing house have become outdated? Either way, it is about time you considered rewiring your premise. Not only are modern properties vulnerable to electrical problems caused by old and faulty wires, but old building might also need fresh wiring to make sure all electrics are safe to use. All new rewiring needs to comply with the electrical safety regulations mentioned in the Part P of the building regulations and it is a compulsory responsibility of property owners to ensure all wires are safe and secure.

If any of the following conditions are true, it is vital that you take action immediately to avoid potential injury or financial loss:

Read on to find out more about the early signs that show your property needs rewiring.

Before you begin to examine the wiring in your home, it is crucial to stay safe and secure. Not many of us are aware of the electrical work, which is why it is necessary to call a professional rather than rewiring your premise yourself. It is highly recommended to keep an eye on the early warning signs that showcase a need for rewiring your premise. To start off, take a look at every room and count the number of sockets in every room. If there are only one or two, this means the building most likely has old and faulty wiring, which needs to be replaced instantly.

Another sign to watch out for is when you touch a socket and it feels hot, this means there’s an overheating taking place somewhere. It is unusual to observe flashing light from a plug or feel a socket heat up or smell peculiar burning smell within your premise. What’s more, don’t forget to take a look at the fuse box in your home. You will be able to identify whether it is made of an older design, judging by its current condition. If in case the fuse box is updated, this is not an indication that the entire property has been rewired.

Take a closer look at the fuses in the box, if they are the re-wirable kind, then it is most like you have an old domestic wiring system that needs immediate attention. A good indication for rewiring is by checking the general condition of the plug sockets and the light switches. If there are any damages such as expired fittings, loose boxes or live wires, you will need to take action today. It is highly recommended to carry out a detailed Electrical Installation Condition Report, which will highlight the necessary damages caused to the wiring hidden behind the walls.

Never take electrical work lightly. It is always best to contact a professional electrical contractor like ourselves when it comes to rewiring your premise.

Top 10 Energy Saving Tips That Will Amaze You

The primary step that many homeowners consider when reducing energy costs is to switch energy suppliers or turn down the thermostat. However, with the increase in the prices of energy stated by leading energy companies such as npower, SSE, British Gas and Scottish Power, switching energy suppliers might not be cost-effective after all. Take a look at these top 10 energy saving tips that are not well-known but highly effective when it comes to saving big on gas and electricity.

Did you know that a halogen oven can roast a chicken in just 30 minutes and uses only 75% less than a traditional electric oven? Combine this minimized usage of energy with the fast cooking time, you will experience a huge reduction in your bills.

It is estimated that about 80-90% of heat generated from burning wood in the fireplace is mostly lost through open chimneys. Therefore, an unblocked chimney can mean hundreds of pounds being flushed up the chimney every year.You can either cap it or block the cavity with an inflatable chimney balloon, if you use it occasionally.

Set up a Voltage optimisation Device

The variation between the voltage supplied to your home and the amount consumed by your appliances shows that a typical appliance uses 4% more current and 9% more energy than required. According to Evo Energy, installing a voltage optimisation device will save up to approximately 10% on your bills. This device will need to be installed by a professional electrical contractor. Keep in mind that it won’t work on immersion heaters, showers, ovens, hobs but it will function effectively for appliances such as tumble driers, dishwashers, televisions, washing machines and lights.

Rather than filling a bath with water, install high-power showers, which use the similar amount of water in only five minutes. Were you aware that faucet aerators and energy-efficient shower heads reduce the amount of water transported from shower heads and taps by 50%, allowing you to enjoy a refreshing shower at the same time.

Is your home uninsulated? Did you know that you can lose up to 35% of heat through walls if your home isn’t insulated. For example, if you own a standard three-bedroom semi with cavity walls and consider insulating your home, you can save big on heating bills – almost up to £140 each year. Several energy suppliers provide grants that pay for insulation.

This is considered as one of the most efficient and cost effective ways to reduce energy costs, but unfortunately, it is commonly overlooked. According to the Energy Saving Trust, you can save as much as £55 every year by simply sealing your windows, loft hatches, pipework and doors.

Even though government subsidies tend to fall for solar panels, but so are the costs of installation as well. Solar panel installers are coming up with ways to make installations cost effective and a fruitful consideration since it can save up to each year on energy bills.

Getting your loft insulated can save about a quarter of heat, which is generally lost through uninsulated roofs. The suggested level of insulation is generally 270mm.

Replacing traditional incandescent lights with LED lights can help you save big on electricity bills. LED lights are becoming popular amongst many property owners since 40% of the total load is used up by lighting fixtures.

Apart from the above tips, you can also save energy by performing certain everyday tasks such as reducing the heating by 1C, switching lights off when you are in a particular room and boiling water only when you need it. Sometimes, it is the small things that create a big impact on your electricity bill.