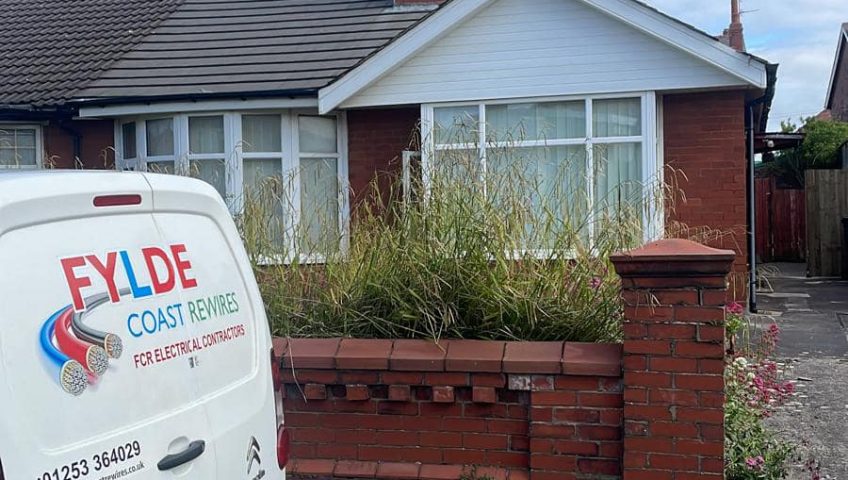 This week one of our Fylde Coast rewiring teams have been rewiring this empty Bungalow over in Blackpool. This was a special rewire as it marked the first rewire that our Fourth-year apprentice Charlie took control of. Charlie and Phil got to work on this rewire on Monday and had the property fully rewired and tested by Thursday.

The property was empty when the work commenced which did make the work easier for our team. This rewire consisted of the following.

On this property the homeowner had opted to carry out the plastering due to other plastering work being carried out.. 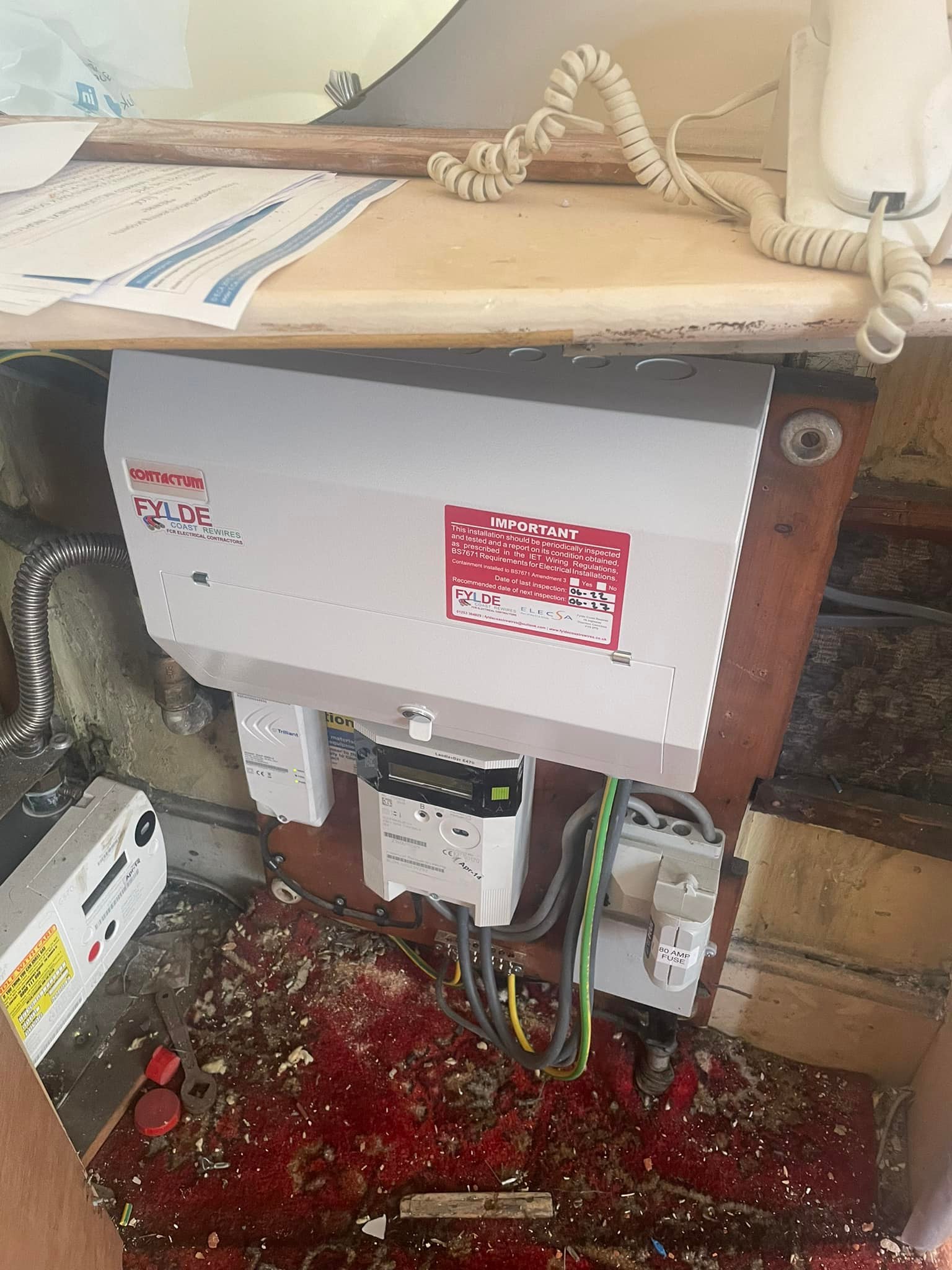 All in all Charlie and Phil did a great job with a quick turn around which lets the owner crack on with the decorating and kitchen fitting.